In 2011, Florida established a prescription drug monitoring program and adopted new regulations for independent pain-management clinics. We examined the association of those reforms with drug overdose deaths and other injury fatalities. Florida’s postreform monthly mortality rates—for drug-involved deaths, motor vehicle crashes, and suicide by means other than poisoning—were compared with a counterfactual estimate of what those rates would have been absent reform. The counterfactual was estimated using a Bayesian structural time-series model based on mortality trends in similar states. By December 2013, drug overdose deaths were down 17 percent (95 percent credible interval of −21, −12), motor vehicle crash deaths were down 9 percent (95 percent credible interval of −14, −4), and suicide deaths were unchanged compared with what would be expected in the absence of reform. Florida’s opioid prescribing reform substantially reduced drug overdose deaths. Reforms may also have reduced motor vehicle crash deaths but were not associated with a change in suicides. More research is needed to understand these patterns. Bayesian structural time-series modeling is a promising new approach to interrupted time-series studies. 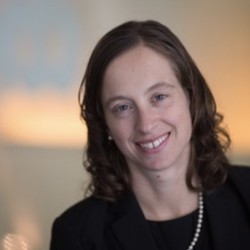 Trained as a statistician, my primary research interests are in the development and use of methodology to better design and analyze the causal effects of public health and educational interventions. In this way I hope to bridge statistical advances and research practice, working with mental health and educational researchers to identify and solve methodological challenges.

Previous
Methods and risks of bias in natural experiments in obesity. Opportunities for the future informed by a systematic review